We are extremely pleased to announce that we will be getting the association of great personalities- all ISKCON founder Acarya AC Bhaktivedanta Swami Srila Prabhupada's disciples at ISKCON Scarborough in the next few days.


Here is the schedule of the programs at ISKCON Scarborough:

We warmly welcome you and your family to ISKCON Scarborough to get the association of the great Vaishnavas.

Srimad Bhagavatam 4.30.34
Even a moment's association with a pure devotee cannot be compared to being transferred to heavenly planets or even merging into the Brahman effulgence in complete liberation. For living entities who are destined to give up the body and die, association with pure devotees is the highest benediction. 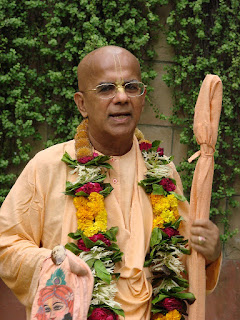 After visiting the ISKCON temple in Montreal, Canada in September of 1967, Gopal Krishna Goswami yearned to meet a Vaishnava guru and got the opportunity to meet Srila Prabhupada there in 1968. Gopal Krishna Goswami, originally from Delhi, India had a religious background and had great respect for sadhus or saints. The combination of his family background and his search for spiritual life led him to Srila Prabhupada and he accepted initiation from him in early 1969. Gopal Krishna Goswami has served as personal secretary to Srila Prabhupada at various times.
After graduating from Delhi University in 1964, Gopal Krishna Goswami studied business management in France under a French government scholarship. He also studied for some time at Sorbonne University in Paris. While pursuing business management at McGill University in Montreal, Gopal Krishna Goswami began contributing to ISKCON by financially assisting the Montreal temple. In December of 1974 he was made a GBC member by Srila Prabhupada and then transferred to India where he initially headed projects in Mumbai, Delhi, Gujarat, Hyderabad, Madras, Mayapur and Kanpur. His GBC responsibilities extended to other parts of Southeast Asia as well. Entrusted by Srila Prabhupada to visit the former Soviet Union in 1976 and 1977, Gopal Krishna Goswami acted as the representative of the Bhaktivedanta Book Trust to promote the placement of Srila Prabhupada’s books at fairs and in libraries. He was very well received, as were the books he was presenting. Gopal Krishna Goswami has served extensively in BBT (as chairman and trustee) in India, arranging for translation of Srila Prabhupada’s books into various regional languages and their distribution far and wide. He continues to encourage BBT book distribution in his zones, especially in India.
In 1981 Gopal Krishna Goswami took sannyasa initiation and began to extend his travels to spread Krishna consciousness more widely in parts of the USA, Canada and eventually in parts of Africa. Currently, he is GBC of over thirty temples around the world and serves as an initiating spiritual master, with disciples in Russia, America, Canada, Europe, Asia, Africa, Australia and New Zealand.
Gopal Krishna Goswami played a leading role in inspiring and completing several large ISKCON temples, such as the Glory of India temple in New Delhi in 1998 (inaugurated by then Prime Minister of India Atal Bihari Vajpayee) and the Radha Bankebihari temple in Nairobi. 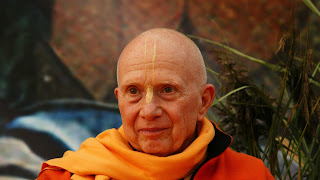 Born in New Jersey, USA, in 1947, HH Candramauli Swami came in contact with the International Society for Krishna Consciousness in Denver, Colorado, at the age of 24. In 1973 he began practicing Krishna Consciousness in New York City and shortly thereafter began serving at the New Vrindavan farm comunity in West Virginia. That same year he received initiation from His Divine Grace A.C. Bhaktivedanta Swami Prabhupada.


In 1986 HH Candramauli Swami accepted the sannyasa order and began preaching in Cincinnati and Columbus, Ohio. In the early 1980's he became involved with the ISKCON Prison Ministry in the USA and began visiting prisoners and holding programs in jails, along with regularly writing letters to inmates and sending them Srila Prabhupada's books.


HH Candramauli Swami is now the leader of the ISKCON Prison Ministry and has worked tirelessly to document the spiritual progression of the world-wide inmate community. His dedication to the welfare, growth and sustainable rehabilitation of these prisoners has culminated in the book "Holy Jail", a touching compilation of the activities of the ISKCON Prison Ministry (IPM). In over thirty years of operation, the lives of hundreds of inmates have changed due to the practice of Krishna consciousness and the support received by devotees.


In 1995 he began serving as the resident sannyasi in Chicago where he was based until 2013 when he relocated to Karlovac, Croatia. At present HH Candramauli Swami offers spiritual guidance around Europe, USA and India.


HH Candramauli Swami is a disciple of ISKCON Founder Acharya His Divine Grace A.C. Bhaktivedanta Swami Prabhupada, and an initiating spiritual master within the ISKCON movement. 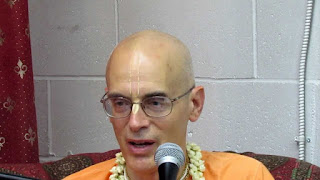 Dravida Prabhu joined the International Society for Krishna Consciousness at the age of 25 in early 1973 at the temple in Brooklyn, New York. A child of the Sixties, he'd already been exploring yoga, Vedanta, meditation, and alternative lifestyles for some time. But once he read Srila Prabhupada's "Teachings of Lord Caitanya," he knew that bhakti-yoga was the path for him. The Brooklyn temple happened to be the location of the Bhaktivedanta Book Trust, the publishing arm of ISKCON.

He has edited Back to Godhead magazine and other books published by the Bhaktivedanta Book Trust for over 25 years. From 1983 to 1989 he was part of the team that produced the last six 1,000-page volumes of the magnum opus of His Divine Grace A. C. Bhaktivedanta Swami Prabhupada: a commentated English translation of India's jewel of Vedic wisdom, the 18,000-verse Srimad-Bhagavatam (Bhagavata Purana). He also helped produce the revised version of Srila Prabhupada’s nine-volume Caitanya-Caritamrita during 1995-96 and his Krishna book from 1994-95. In addition to his editing work, he teaches Bhakti Yoga classes at the San Diego ISKCON center. Throughout all this immersion in transcendental literature, Dravida dasa developed a love of the Sanskrit language, and especially the elaborate Sanskrit prosody of the Bhagavatam, portions of the Caitanya-caritamrita, and other bhakti literature. His devotion and expertise in chanting form a marvelous combination.

He currently resides at the New Govardhan temple in San Diego, offering regular Bhagavad Gita and Bhagavatam classes as well as leadership for the bhakta program there. His engaging multimedia presentations at Japa retreats and elsewhere are highlights of devotional gatherings.